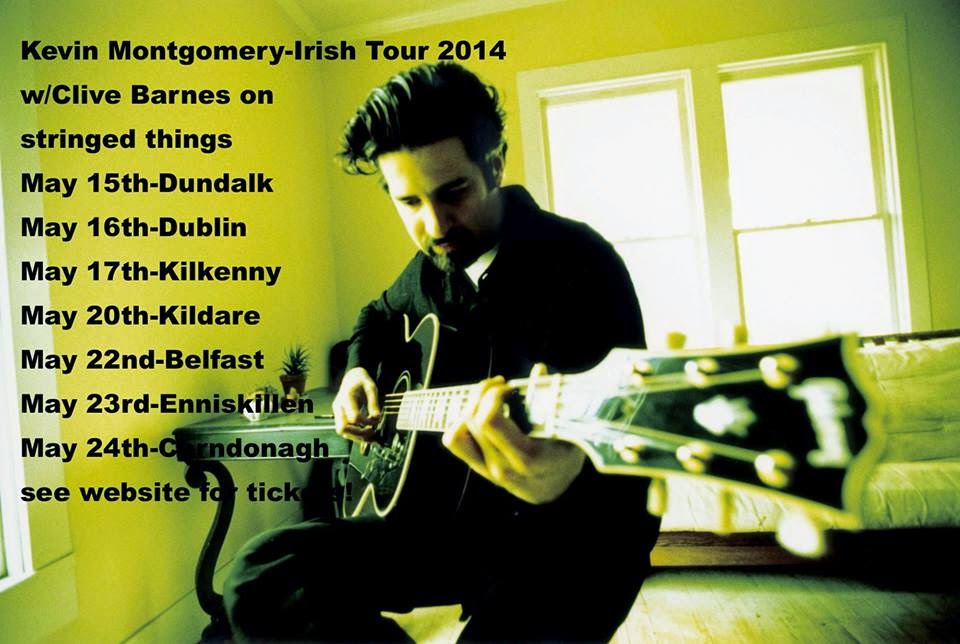 Kevin Montgomery plays Upstairs at Cunninghams, Kildare Town, Tuesday, May 20. Joining him on guitar, lap slide etc. will be Ireland's own Clive Barnes. Clive will also open the show.
Doors 8pm. Admission is €12 on the door.

Nashville singer/songwriter, Kevin Montgomery is steeped in a musical tradition - his Dad was a boyhood friend of Buddy Holly, and they wrote songs like 'Heartbeat', 'Wishing', 'Down The Line' etc. He later wrote songs like 'Misty Blue' and 'Baby's Arms'.
Kevin's mother sang on 'Suspicious Minds', 'In The Ghetto', and 'Kentucky Rain' by Elvis. She also sang on 'Everlasting Love', and many others.

That pedigree filters through, and Kevin's songwriting has been recognised and rewarded by major label artists such as Martina McBride, who recorded 'I Won't Close My Eyes' on the 3 million selling 'Evolution' CD. A further highlight is 'Wishing' - a duet with Mary Chapin Carpenter.

Clive Barnes is one of the finest guitarist/lap slide players to have come out of Ireland. He tours extensively at home and abroad, both solo, and as a sideman. He has played with Eric Bibb, Taj Mahal, the Blind Boys of Alabama, and many more. With four studio albums under his belt, and a live recording, Clive is going places.