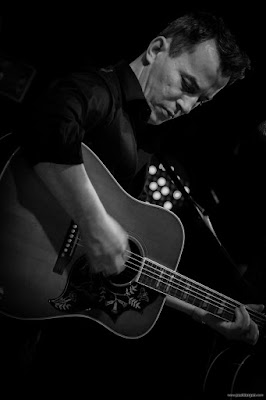 Hailing from Kilcullen, Co. Kildare, Pete Fagan is one on the hardest working Irish musicians on the circuit.
With an impressive list of collaborators over the years,
Pete came to prominence on the live circuit in Ireland in the late '90's, and quickly turned heads with his powerful (& soulful) vocal talents. He's guested / toured with a veritable list of "who's who" artists on the Irish music scene (from the stars of "The Commitments" to Irish songwriting legends such as "Paul Brady").
He's performed with a plethora of artists from Paulo Nutini to Bryan Adams.
But, it is his songwriting, and in particular his work as half of the duo, Edisons, that has brought him centre-stage, and onto the radar of mainstream radio, and festival promoters. With his musical partner in crime, Fran King, Edisons play Electric Picnic for the second time this year.
As a solo artist Pete continues to be a prolific songwriter, with a new record in the can.
Videos: Ain't No Sunshine (cover) - https://www.youtube.com/watch?v=tsjKbHa5t2s
Easy (Song for The Missing) - https://www.youtube.com/watch?v=mu2pYvdMQ6s
Evelyn - https://www.youtube.com/watch?v=Jik93TAEwJ4 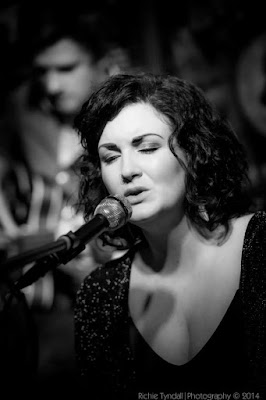 Cork songstress, Anna Mitchell, released her debut album ‘Down to the Bone’ on Feb 13th 2015.‘Down to the Bone’ captures the songwriter confidently moving between soulful Americana, brooding late night ballads and country tinged folk, paying homage to the traditions and influences that went before while carving out a unique and contemporary space for her voice to be heard.
With a reputation as a passionate live performer able to capture an audience, Anna has performed and toured with many celebrated singers & songwriters including Sarah Jarosz , Aoife O’Donovan, Mick Flannery, John Smith, Duke Special, Lisa Hannigan, Simone Felice & many more. So impressed was the celebrated American poet and songwriter Simone Felice, he invited her to join him on 5 week European tour in winter ‘14 stopping off in Ireland , U.K , Belgium and Luxembourg as well as a 3 week tour throughout the states in May/June ‘15.
Anna Mitchell's star is, most definitely, on the rise.
“If David Lynch were to reset Blue Velvet in the wilds of West Cork, then Anna Mitchell’s evocative, dark songs of life and love’s painful kiss would sit well on the soundtrack” (Joe Breen) ★ ★ ★ ★- The Irish Times
Website: http://annamitchellmusic.com/
YouTube: https://www.youtube.com/channel/UCdIvInCLiDx71k4Y1hnDitA
Posted by BAG at 10:01