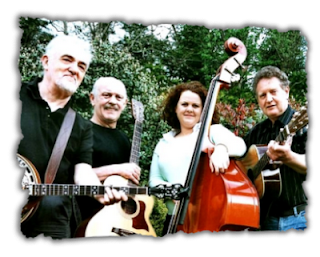 Meet the band: Tony O Brien
Plays rhythm guitar and sings lead & harmony vocals. Tony has been playing & singing country music since his teens. He was part of a duo and sometimes trio with Liam Wright for 15 years (1970-1985) Tony played with "The Clem O Brien Band" for four years (1998-2001) before he formed "Woodbine" in 2002
Nicola O Brien
Plays double bass and sings lead & harmony vocals. Nicola has one of the finest voices in bluegrass/country music in and has captivated audiences everywhere Woodbine has performed.She joined Woodbine in 2003 after a band reshuffle and is the heartbeat of the band with her solid bass playing.
Liam Wright
Lead Guitar, Dobro and Bass Fiddle. Liam sings lead & harmony vocals in the band and was a pioneer of bluegrass music in the Athy area back in the mid 80's when he played with a band called "Woodworm". He has a keen interest in traditional Irish music also and plays tenor banjo at local sessions.
Richard Hawkins
Plays the olde 5 String Banjo in Woodbine and has been involved in the Irish bluegrass scene for many years, as banjo player in several bands including The Sackville String Band & The Niall Toner Band. Richard is the editor of bluegrassirelandblog on the net. A fine banjo player that knows the real meaning of ‘band member’.
Posted by BAG at 18:56