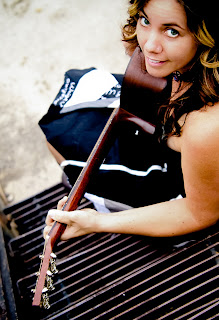 Cara Luft plays her debut BAG show on Monday, June 10. Doors 8:30pm, Show 9pm. Admission: €12 on the door.
I often say this about acts (because I mean it!) but Cara Luft is quite simply sublime, if Country/Folk/Americana is your thing; if it isn't quite your thing, it might very well be after you hear Cara perform. Highly recommended.