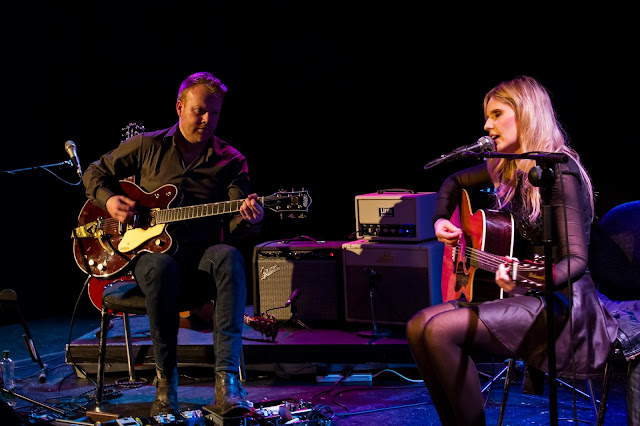 Singer/songwriter and Americana artist, Brooksie Wells makes her BAG debut on Monday, April 3rd, on the second date of her Irish Tour, which sees he travelling with her backing band for the trip, Round Hill - Lisa Kay Howard on Mandolin, and her husband Wally Hughes on fiddle and resonator guitar.

'BUT for this tour,' Lisa Kay says,

... it will just be Brooksie, Wally, and myself performing Brooksie's wonderful original music as Brooksie Wells & Round Hill. You can hear entire songs here or find out more about Brooksie at www.brooksiewells.com

So, get along to Mick Murphy's Bar, Ballymore Eustace, Co. Kildare, on Monday, April 3rd. Doors open at 8:30pm. Admission is €12

Pat Coldrick has become a firm favourite of BAG regulars, and has enthralled his audience each time he has visited. No stranger to playing much larger venues - having sold out at the National Concert Hall on three occasions - he returns to play the intimate setting of Mick Murphy's Bar in Ballymore Eustace, Co. Kildare, on Monday, March 27th, 2017. Doors open at 8:30pm. Please note that while the show is scheduled to start at 9pm, Pat often plays his warm up from the stage, so that patrons arriving are treated to 'the show before the show', while Pat chats with them and welcomes them. Admission is €12. Most highly recommended.

Pat Coldrick is an Irish Classical Guitarist and Composer, who has been working for the last six years in Ireland but has also performed Recitals in Europe, the USA and Russia.

Pat has been described as ‘pushing the boundaries of classical guitar’ with his musical interpretations and compositions and has made Classical Guitar exciting, interesting and more accessible to music lovers in general. Through his interpretation of music and by exploring and embracing new technologies he strives to enhance the dynamics of the classical guitar and bring his music to a wider audience both at home and abroad.

His music defies genre and appeals to a wide cross section of music lovers. While Pat plays his own arrangements of great classical pieces, it is his own compositions that sets him apart – pieces such as Lament, CityJam and Antarctica to name but a few. Pat’s skillful and atmospheric connection with his audience is an art form in itself and is in total contrast to other more formal classical performances. He has a very easy going, laid back and unassuming approach and his interaction with the audience and philosophy of ‘entertaining’ rather than ‘educating’ his listeners is a breath of fresh air.

Once Pat begins to play people are immediately captivated by his dedication, passion and skill. His interpretation and delivery of each piece combined with his superb artistry as a performer results in his unique ability to make his audience laugh and equally move them to tears.

To date Pat has produced 2 albums – Cayendo in 2010 and CityJam was released in November 2014. Since CityJam was launched his music has been played on all the major radio stations in Ireland and was voted ‘Album of the Week’ on RTE Lyric FM. It’s fair to say that Pat’s music is currently attracting a lot of attention in classical quarters and beyond. Pat is now widely acknowledged as a very accomplished musician and composer who is succeeding in bringing classical guitar music ‘Centre Stage’ where he so passionately believes it belongs.


Pat’s musical formation has not followed normal traditional lines. He is mainly self taught and in a relatively short period of time he has put together an impressive body of work and has gained considerable recognition throughout Ireland and Internationally both as a performer and composer. 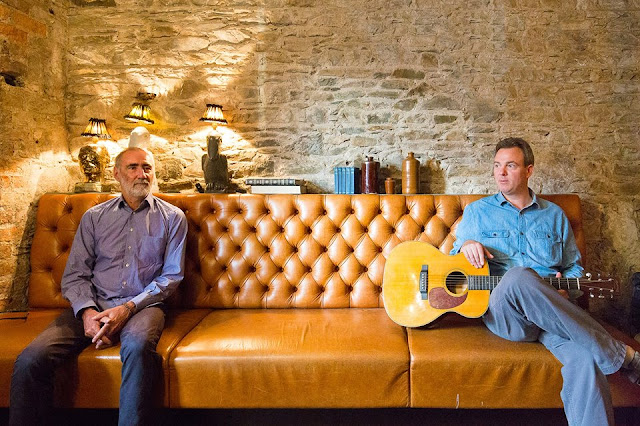 Together for just two years, singer Peter Byrne and guitarist Conor Mahony have worked steadily to gain their growing recognition on the Irish folk scene.
From Drimnagh in Dublin, Peter Byrne had been floating around the Dublin Folk scene since the early seventies, frequenting various music clubs, such as the Meeting Place, and Mother redcaps Tavern, where he, along with his wife Eilish Moore, ran a Folk Club every Saturday night for over ten years. Peter’s demeanor is that of a quiet, modest man who just loved listening to music and song, and would sing the odd song, when asked. However, the reaction to his voice and delivery of the song always enthralled the listeners. It was in later years, after his early retirement from CIE (where he worked for over forty years), that he met acclaimed Newbridge musician Conor Mahony, that something just clicked. Rehearsing every week on a regular basis, both of them realised there was something truly special.

Peter doesn’t just sing his songs; he inhabits them. With his charming ways he can set an audience alight as he appears to capture effortlessly the essence of each song. No one can sing the story of a song quite like Peter Byrne and few can capture with such honesty and humanity a songs melody, humour or poignancy.
Conor Mahony has been playing classical guitar since childhood but is also equally fond of playing Traditional and Roots music. A singer and songwriter himself, his intricate delicate guitar arrangements are quite impressionistic and are tailored to perfectly enhance each song. Their first album contains mostly traditional songs from Land and Sea. Beautifully produced and engineered by Frankie Lane, the music is a rich blend of tradition and innovation, both delicate and raw.

Terrific BAG lineup for March - See below. Please follow artist website links for music samples, etc.
All gigs are on Monday nights in Mick Murphy's Bar, Ballymore Eustace, Co. Kildare. Doors open at 8:30pm for a 9pm show, in each case. Admission to each gig is €12. 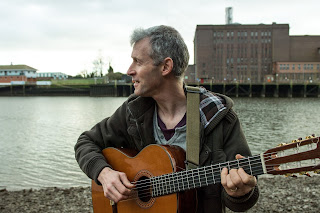 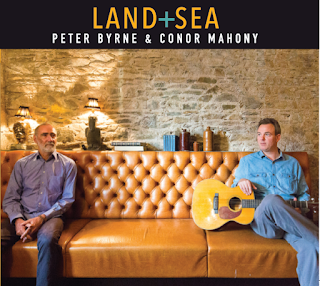 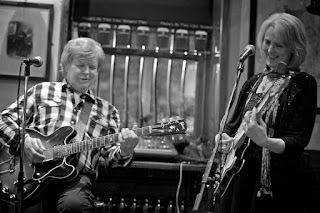 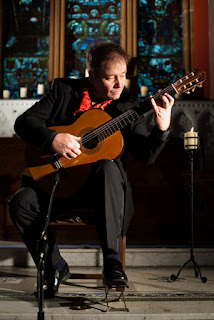