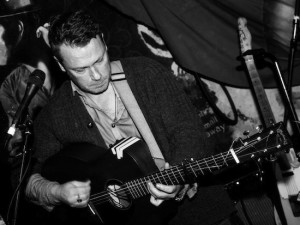 Joining Mark on the night is the really rather wonderful, and lovely, Ms. Grainne Hunt.
Grainne is a fine songwriter in her own right, and will perform some solo numbers, and provide backing vocals for Mark's set.
Check out how they sound together, here: https://www.youtube.com/watch?v=oXSIbMIxqTg
and, here: https://youtu.be/hjVc3FJZbAA

With his 5th studio album  now mixed and mastered, 2017 sees Mark road-testing the songs from the new album which will be released later this year. So, you can be assured of a set that's chock-full of great new songs, and the best of his back catalogue. One of the most charismatic performers to grace BAG, a Mark Geary show is always a special thing to witness.

Mark is described as a “quintessential singer-songwriter” and his records of finely-crafted songs have been hailed as encapsulating both boisterous joy and gentle, delicate moments that endear themselves to the listener and evoke comparisons to artists such as Van Morrison, John Lennon, Elliot Smith and Richard Thompson.

His body of work includes 4 (soon to be 5) studio albums, 2 live recordings and collaborations with a number of artists including the release in 2013 of a charity version of his song ‘Christmas Biscuits’ with friend Glen Hansard in aid of St Vincent De Paul. Mark has also lent his talents to the visual arts scoring several films including Loggerheads (2005), Steel City (2006) and TriBeCa Film Festival favourite, Sons of Perdition (2010).

Touring and performing are still Mark’s lifeblood and passion. From the outset it is impossible not to be charmed by him, delivering as he does both his music and his stories in unassuming and singular style. His natural humour and ability to read the moment, give his shows a uniqueness, leaving his audiences with the feeling that they have just experienced something very special.

Over the last 20 years Mark has toured all over Europe, the US and Australia, and has shared the stage with performers such as The Swell Season, Glen Hansard, The Frames, Josh Ritter, Bell X1, Coldplay, Elvis Costello, The Pretenders and Joe Strummer.  In recent years, he has played shows and festivals in both the US and across Europe notably in Switzerland, Austria and Germany, including a headline spot on the critically acclaimed Songs from Ireland: Old and New tour. He also supported Glen Hansard on several of his European dates in 2015 and 2016. 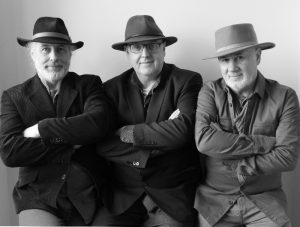 Another new act for BAG, HATS is a collective of three very individual performers who truly do become greater than the sum of their considerable parts. They play their BAG debut in Mick Murphy's Bar, Ballymore Eustace, Co. Kildare, on Monday, Feb 20. Doors open at 8:30pm for a 9pm show. Admission is €12

Gerry Creen from Belfast is considered a folk legend with a finger picking’ style next to none. His voice and songs are full of great stories. Check out his albums including his latest ‘My Shoes’.

David Dee Moore also from Belfast but now in Westport has a background of songwriting and as a session Bass player around the world with many top names. His songs exude catchy pop licks and wonderful melodies. Check out his recordings including his latest album ‘The sun the moon and the stars…and other moving objects’.

Derek McGowan now living in Westport is a blues legend in Ireland.  He grew up with the Blues in Dublin and his guitar versatility and rockin’ songs can be heard on his latest album ‘Rainlight’.

These three gents have a fine, fine sound that's a perfect fit for BAG. Come along and catch their first visit with us. 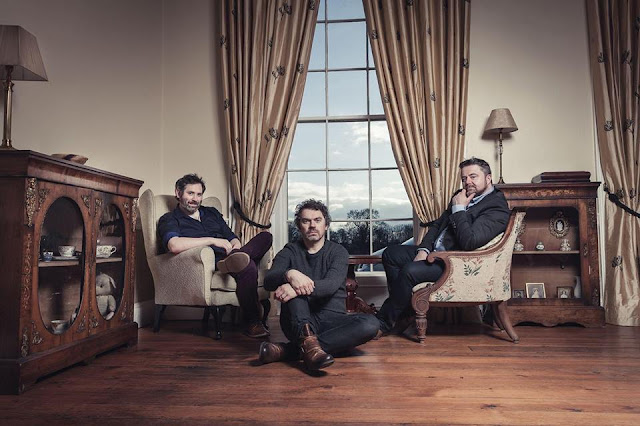 “Gorgeous. It’s been a while since I heard something traditional this sweet and good.” – Susan McKeown
Posted by BAG at 09:44 No comments: 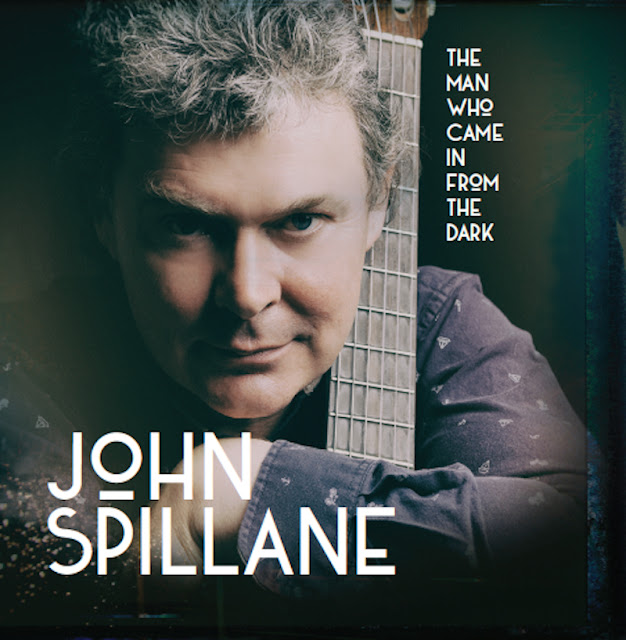 Two-time Meteor award winner, John is one of the most accomplished songwriters in Ireland today. Among those who have covered his songs are Christy Moore, Sharon Shannon, Sean Keane, to name a few from the home stage, and Blues/Roots artiste, Brooks Williams, from the USA. He performs to audiences large and small everywhere.
Posted by BAG at 09:09 2 comments:

The BAG Spring 2017 gig schedule is now fully booked. All dates are Monday nights. All gigs are in Mick Murphy's Bar, Ballymore Eustace, Co. Kildare, and start at 9pm, with doors open at 8:30pm. Admission to each gig is €12, unless otherwise noted.

The descriptions included below are a guide to the type of music each artist plays. Descriptions are subjective, and can mean different things to different people, so for a real flavour of the music, follow the links to artist websites, where you'll find samples of what you can expect. Suffice to say: it's all good!

May 22 - Tim Grimm and The Family Band (USA) - Roots/Americana/Folk - http://timgrimm.com/

May 29 - Roy Thompson (IRL) - Folk/Roots/Country - https://www.facebook.com/roythompsonmusic/
Posted by BAG at 09:29 No comments: