The Quicksand Band were formed in 2008 in Dublin. Having played together in various forms over the years, the lads grouped together to record what was originally a solo project for lead singer Justin Corr. But the sounds and vibes that came from that session paved the way for the launch of a new band. With Phil Clarke joining Justin on lead vocals and guitars, Shay Cosgrave on drums and Eoin Melinn on Bass, The Quicksand Band was born.

Playing in venues across the country they have developed a unique style and approach to music with songs that bear the influence of country, folk and rock but with a very contemporary edge. Their live performances have gained them a large fan base, drawn to their compelling, exciting and honest delivery of material. The Quicksand Band have had the pleasure of being guests to Declan O'Rourke, Freddie White, Prison Love, Luan Parle, Mick Hanly and Eric Taylor amongst others.

In 2011 the band, accompanied by producer Gavin Glass, entered the studio to record their debut Album, Approaching Rain. The first single 'Homesong', was released in Sept 2011, and the album was released in Feb 2012, followed by the launch of the singles 'That Voice' (Sept 2012) and 'Learning' (Feb 2013).

'Distance Between Us' - https://www.youtube.com/watch?v=hBJtMrJIcF4&list=UUsINYo64TYtfH0vWlBRL4qg
Posted by BAG at 23:27 No comments:

Peter Mulvey - Live - On The Double 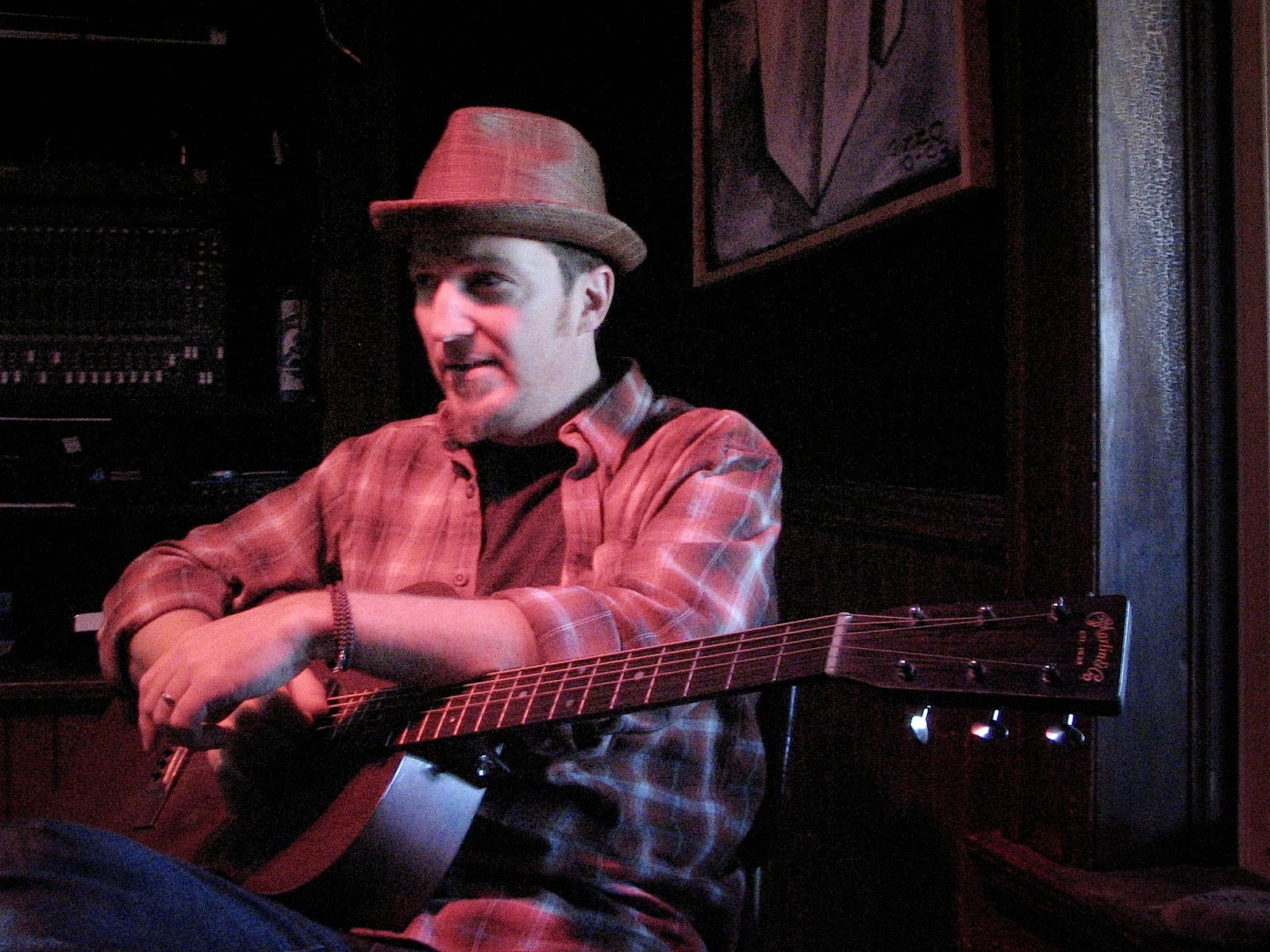 Peter Mulvey Tours Ireland March 19th - 24th, and will play two shows for me on the tour -  Cunninghams Bar, Kildare Town on Thursday 20th, and Mick Murphy's Bar, Ballymore Eustace, Co. Kildare on Monday 24th. Both Shows are: Doors: 8:30pm; Support: 8:50pm; Headliner: 9:30pm. Admission is €12 on the door.
If you've seen Peter live before, you'll be glad to welcome him back; if you haven't, then you simply must!

Some of the finest musicians on the traditional Irish music scene gathered together into one band/collective, will play live in Mick Murphy's, Ballymore Eustace, Co.Kildare on Monday March 10.


Paul Bradley - Fiddle
Originally from Co Armagh, fiddle-player, fiddle teacher and maker Paul Bradley has represented Irish Fiddle Playing at the Festival of American Fiddle Tunes, Port Townsend, WA, following in the steps of fiddlers such as Liz Carroll, Tommy Peoples and Kevin Burke. He has performed at major festivals in Drannouter in Belgium, Folkest in Italy, Celtic Connections, Shetland Fiddle Festival (with Guitar Ace Ruairi Cunnane), Vijlandi Folk Festival in Estonia to name but a few. Paul was a featured player at Baltimore Fiddle Fair, . He has made numerous TV and radio appearances in and abroad over the years.

More recently, he joined the Chieftains on stage at their concert in and was also invited on stage with Dirk Powell, Michael McGoldrick, Francis Brendan Gleeson.

His solo fiddle album 'Atlantic Roar' earned him a five star review in the Irish Times (1998) and Paul is presently working on a solo album incorporating a number of his own musical compositions on a violin of his own making.
A tutor at Scoil Samhraidh Willie Clancy for over a decade, Paul is in demand for workshops and Masterclasses at home and abroad.

A rare home outing for this Tour de Force of Irish Traditional music.

Declan Corey – Mandolin
Tyrone born Declan Corey is one of 's finest mandolinists. He grew up in a house steeped in traditional Irish music and dance.  As a child Declan’s main influence was his grandmother, Lilly Corey, who was a great melodeon and harmonica player and John Loughran, the legendary blind fiddle player from Pomeroy, Co Tyrone.
Declan is a master musician, and brings a lot of drive and energy to any live performance.  He recorded his first album with his family (The Corey Family “Traditional music from the ”) at the age of eleven.  He has since gone on to record and play with most of Ireland's top traditional musicians including Josephine Marsh, Paul Bradley, Derek Hickey, Máirtín O’Connor, Tommy Peoples, Don Stiffe, Mick Hanley & Sharon Shannon.  Declan also plays other forms of traditional music from around the world and has recorded with Japanese rock star Akeboshi.  Declan is a composer of new tunes, some of which can be found on recordings of Lia Luachra and most recently former Water Boy Steve Wickham has recorded one of  Declan’s tunes with his new band No Crows. Declan’s tunes can also be found in Walton’s Mandolin Tutor. He tours worldwide with numerous bands and solo artists. Apart from presenting workshops in , Europe and the , he is a regular tutor at the course in Traditional Music and Dance.
Declan is now based in and continues to teach and tour.
Ruairí Cunnane – Singer/Guitarist
Described as the Michael Flatley of Guitar, Ruairí Cunnane follows in the footsteps of his father Mickey as a talented guitarist. He is widely sought after as a backer for Traditional Irish Music and as a subtle interpreter of songs on guitar. Ruairí is a veteran of many festivals at home and abroad including the Shetland Fiddle Folk and Fiddle festivals with  singer/song writer Bríd Murphy and Paul Bradley.
As well as being in demand for touring with bands and solo artists, Ruairi is also much sought after as a studio guitarist by many musicians and singers. He brings much of the accompaniment styles of the seventies into his sound along with something that is entirely his own. Percussive and attacking, his style is rich and his sound is full and it has been said of him that it is hard to believe that one man can play so many notes at once.
Besides his obvious and prodigious talent on the guitar, he is also a singer with a smooth voice and a unique style.
He is currently based in the musically thriving city of where he is regarded as one of the finest musicians around.

A singer since childhood in Roscommon, Ger Fitzgerald has consistently been recognised as a singer of substance. After a brief period of successful participation at national level, she went on to adjudicate singing competitions at fleadhanna Cheoil.

In 2013, Ger performed at Feis na Gael at the Séamus Ennis Centre alongside Scots singer and piper Alan McDonald. At the Pan Celtic Festival Carlow she performed a Damian Mac Gabhann penned song entry in the Gaelic language song writing competition. She later featured as guest singer at An Góilin Traditional Singers Club. A performance at the Frank Harte Festival was followed by acclaimed performances at the music festival Music Under the Mountains and The Des Carty Sessions. Ger hosted and performed as a guest at the Ballymore Eustace Singing Festival.

Ger also performed with Srón and in "Closing time - songs of Cohen/Dylan/ Waits" and The James Connolly Songs of Freedom project (courtesy of Matt Callahan). More recently Ger cameoed with the Chieftains at their gig.

Ger is planning a solo album and will be featured on a forthcoming recording with the band Mac an Chait, which features some of Traditional Irish Music's most seasoned musicians.


A special singer with her own style and the old style, her singing encompasses many genres beyond Trad and Sean Nós.

A flavour of Paul's Fiddle playing to keep you going for now: http://www.youtube.com/watch?v=H4pTAN1zoQ4