The BAG year wraps up with the 6th Annual 'Vibe For Larry', which will take place in Mick Murphy's, Ballymore Eustace, Co. Kildare on Friday, December 9th at 8pm. No cover charge. All welcome.

The purpose of this night is to bring together friends and family of the late Larry Roddy, to honour his memory by doing some of the things that made him happiest - making music, singing songs, telling stories and raising a few glasses while doing so. The night takes the form of an open, fully acoustic session that any performer can join in, play a tune, sing, give a recitation, tell a story, raise a toast, etc.

So, for those who didn't know him: who was Larry Roddy?

Well, firstly, he was my friend. One of my dearest friends. He was a gentleman; a gentle man. A quiet, humble man; a man beloved and missed by so many since his death in 2010.

Those who didn't know him privately, probably best knew him as a music promoter. But that term does not adequately describe his contribution to the live music scene in Ireland. Since the mid-60s when the great Blues Revival began in the UK, Larry brought to Ireland some of the cream of the American Bluesmen, including Mississippi Fred McDowell. Later, he branched out into Folk and Roots music too, booking tours, and acting as Irish Agent for many overseas acts from the four corners of the globe. Names like Jeff Lang and Bruce Mathiske from Australia; Chris Smither and Geoff Muldaur from the US; Johnny Dickinson and Paul Lamb from the UK; John Spillane and Ger Wolfe from Ireland, and so many more. Names, and music, that many of us may never have heard, but for Larry's love of the music, and a desire to bring it to fans who shared that love. He continued to put on gigs, through loss and illness, right up until the end.

The gig in Ballymore Eustace was started by Larry nearly 25 years ago, and with any luck will continue for the same again! So, on Friday Dec. 9th, we'll come together to celebrate music, with music, and to fondly remember Larry, and the many, many, magic nights he gave us. 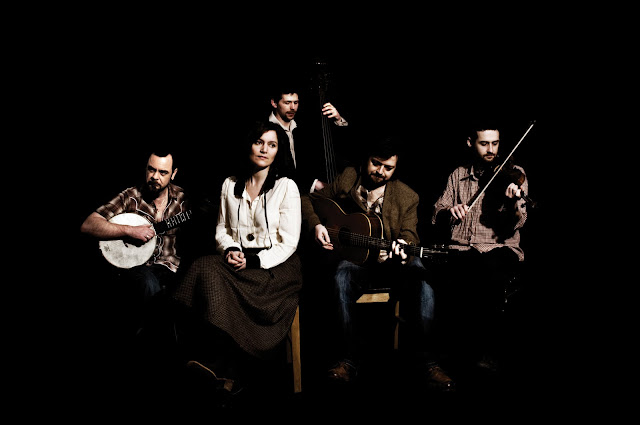 John Blek returns to BAG @ Mick Murphy's, Ballymore Eustace, Co. Kildare, to play a solo show on Monday, November 28th. Doors open at 8:30pm. Admission is €12
John's previous BAG appearances have been very well received, and its a pleasure to welcome back this gentle giant (he's six foot five!) from Cork in support of his cracking second debut album. There's an old soul in the body of this young man, that manifests itself in a sound that could easily take root somewhere between the deep South, and the great mid-western plains of America. Known for some time now as a fine songwriter and singer, on 'Cut The Light' John Blek's guitar playing comes to the fore. His efforts to further develop his already considerable guitar talents have paid off, and the listener is treated to some fine, fine playing and instrumentation. 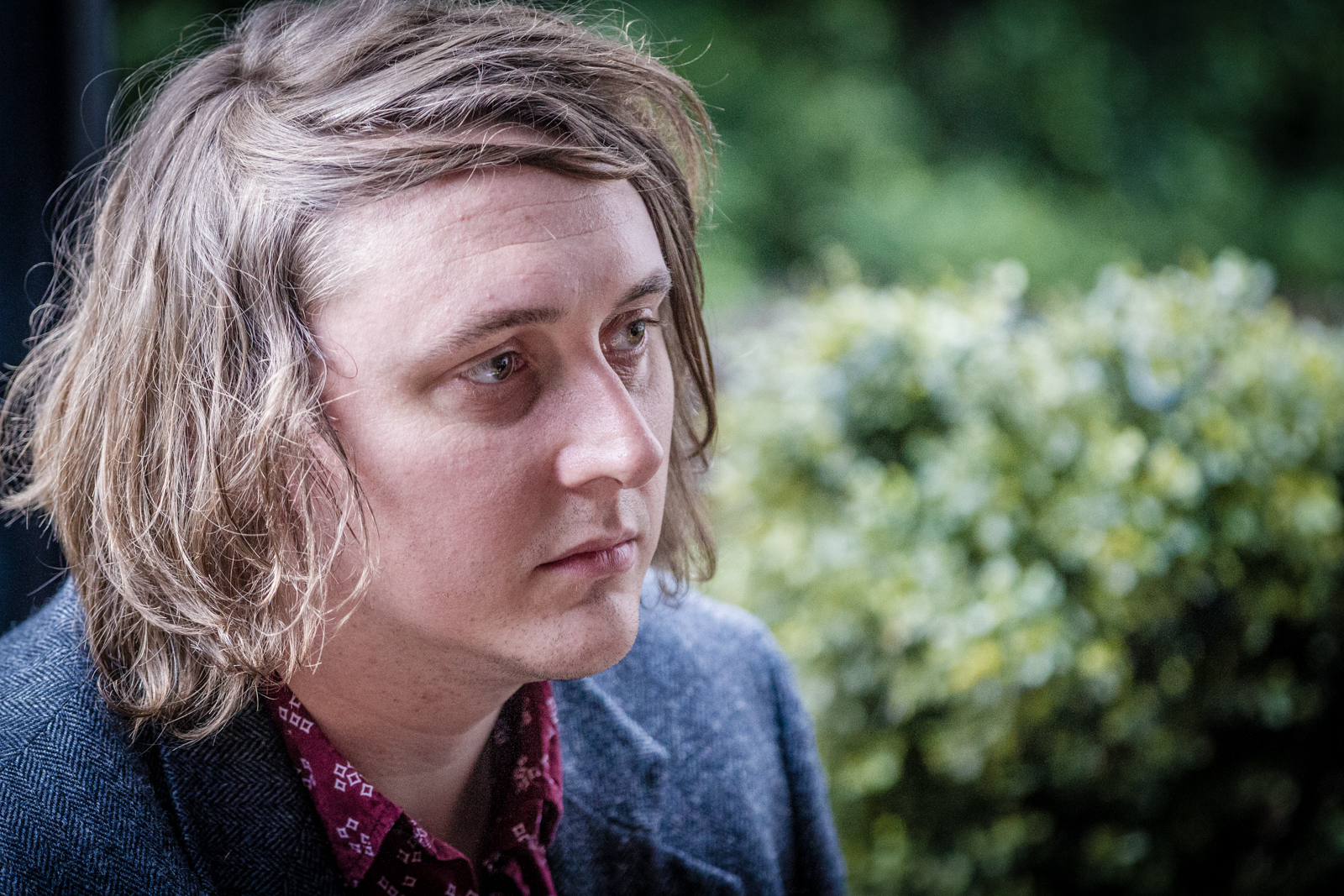 www.johnblekandtherats.com
John Blek has announced the release of his highly anticipated second solo album entitled “Cut the Light”. This sophomore outing will be hitting shelves and online stores on the 30th  September 2016.
The album was recorded in Bantry, West Cork, Ireland over a period of four days in early spring. A collection of eleven original contemporary folk songs carefully crafted and documented with the help of Davie Ryan (Drums), Brian Hassett (Bass Guitar) and Brian Casey (Producer). With a sound that harks back to that of Bert Jansch and Liege & Lief era Fairport Convention, “Cut the Light” is likely to become a favourite amongst both new listeners and existing fans.
“Cut the Light is an album I have wanted to record for quite a while. I pushed myself to become a better instrumentalist and songwriter on these songs and really focused on creating a collection of pieces that could live together on a cohesive album. It’s something I’m very proud of...…. “ John Blek
Blek is constantly proving himself to be a prolific writer of some of the most beautiful folk music being created today, both solo and with his band John Blek & the Rats. It is less than 12 months since the band released their last record and already John is ready to share his latest work “Cut the Light”.
The album is being put out independently in Ireland on John Blek and the Rats own WARR label and through Tonetoaster Records in Germany. It will be available on CD, 180 gram Vinyl and MP3.
Posted by BAG at 06:09 No comments: 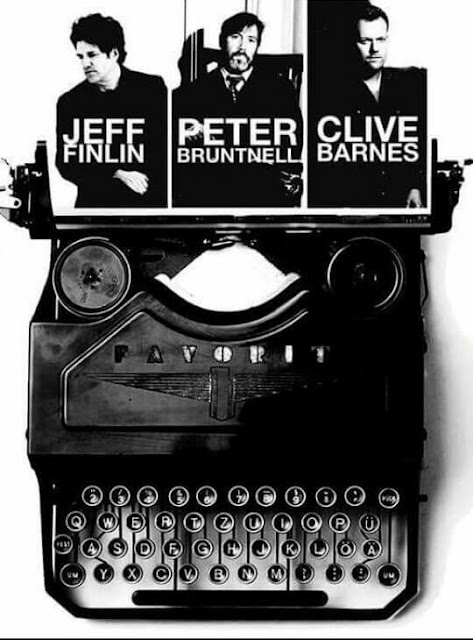 Jeff Finlin and Peter Bruntnell are two songwriters at the very top of their game, and two of the best out there; Clive Barnes, as well as being a fine songwriter in his own right, has established himself as one of the most sought after guitar sidemen, and has toured the world in that capacity over recent years with many international acts, including both Finlin and Bruntnell.

Of Jeff Finlin, Peter Cooper of the Nashville Tennessean - “Some folks come to Nashville, amble over to Music Row and look for a cookie-cutter solution. Hand Jeff Finlin a cookie cutter, and he’s liable to melt it down and then forge it into something sharper and more dangerous.”

"Finlin writes with the minimalist grit of Sam Shepard and Raymond Carver. Tune in and you will hear an illusive magic!" - Dave Hoekstra-Chicogo Sun Times

"His songs should be taught in schools" - NME

Of Clive Barnes, Harry Guiren, RTE, said: "Clive is a guitarist who can make one acoustic sound like six. Barnes transported the entire, hushed venue across the Atlantic to where the paths taken by the Delta Blues, Tom Waits and Bruce Springsteen all led to his own special territory."

Exuding a throat catching melancholy, and romantic and bleak in turns, it sounds like an album
made for all eternity. Hotpress **** 4/5 (Review of 'The Ghost Country')