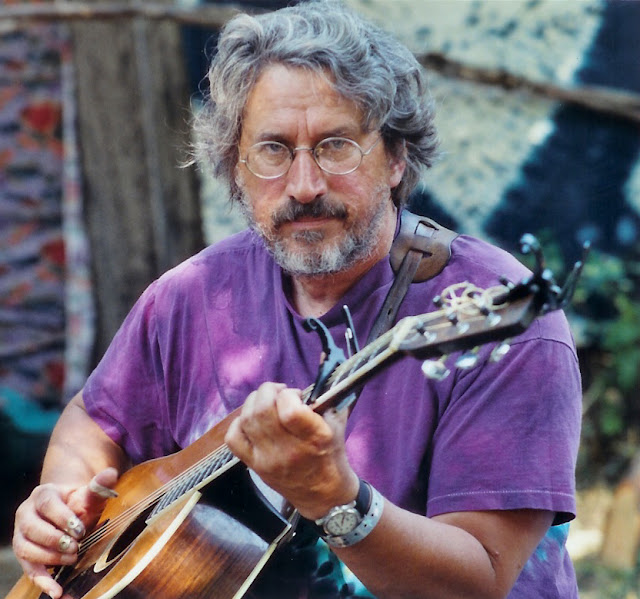 Another year, and off we go again!

To bring the curtain up on another BAG year, I'm delighted to announce the return to Ballymore Eustace of the legendary Jim Page, for the first time since 2005, to Ballymore Acoustic Gigs at Mick Murphy's, on Monday, Feb 4th. Doors open at 8:30pm for a 9pm show. Admission is €15
While Jim Page is perhaps best known to Irish audiences for having written the Moving Hearts' hit song “Hiroshima Nagasaki Russian Roulette", there is much that many Irish music fans may not know of his far reaching influence across many musical genres. https://jimpage.net/

Jim Page was born in California in 1949 and grew up into the 1960’s in the San Francisco Bay Area.  The music and artistic experimentation of those days left a lasting impression on him. The politics and social awareness was a part of everything that was going on and it has stayed that way in Jim’s music ever since.

Jim got his start in the bars and coffee houses of the lower Bay Area in 1966. On New Years day of 1970 he headed to New York City by thumb, arriving one frozen day in January with a broken fleece lined jacked and 34 cents in his pocket. He soon borrowed a guitar and started hitting the clubs of Greenwich Village, sometimes playing as many as three in the same night. But the scene had gone and the Village a shadow of it’s former self.  A year later he headed to Seattle.

The last folk club in Seattle closed soon after he arrived and Jim took the whole town to be his stage.  Wherever there were people he would play: the streets, the college campus, the bus station, the bars, and at the city council meetings.  One day he walked into the TV station and said “I’ve got a song you should put on the news,” and they did.  Including the streets, the campus, the cocktail bars, and the rock and roll clubs Jim would play from 11am in the morning to 2am the next morning, with time out for traveling across town, often playing 5 clubs a night.  In 1974, after being threatened with arrest, Jim took on the Seattle city government and legalized street performing.  It was a landmark case and Seattle is now a famous city for buskers of all styles.

In 1975 Jim recorded his first album of original music, a vinyl LP called “A Shot Of The Usual”, released on his own label.  Two other albums followed in rapid succession.

In 1977 Jim journeyed to the UK and performed at the Cambridge Folk Festival. The response was instant and overwhelming and he walked away with a feature in the national music press, two booking agents, and a European tour for the next year. He was off and running and spent the next 6 years almost constantly on the road. He recorded two albums for a Swedish label called Nacksving and one for WEA Ireland.

It was in Ireland that Christy Moore first heard Jim’s song “Hiroshima Nagasaki Russian Roulette,” and made it a permanent part of his repertoire.  When Christy formed the great Irish band Moving Hearts “Hiroshima” was their first single and a centerpiece to their shows.

Jim returned to the States in ’83 and began reestablishing himself as a solo artist and as a player in the northwest music scene.  He experimented with duos, trios and more. In ’85
he recorded an album in Portland produced by the great Irish musician Micheal O Domhnaill.

Back in Seattle he began to experiment with electric music.  1988 saw the creation of the legendary band ‘Zero Tolerance’, named after George Bush’s draconian anti drug campaign. It was a four-piece rock and roll band with the exception that the music was focused on the songs and not on the dance.  They made one recording and broke up, as rock bands often do, leading Jim to more experimentation, this time with the internationally famous spoon player Artis the Spoonman who was himself the subject of a Grammy award winning song by Seattle grunge rockers Soundgarden.  It’s a small musical world.

Fast forward to the 21st century and Jim is busy with multiple projects in simultaneous array – constant solo performance, plus various ensemble configurations, leading to more albums. Jim was one of the founders of the Pike market performers Guild, Seattle’s first street performers union. They organized and ran the first and only Busker Festival to be operated entirely by buskers, and he again petitioned the City Council, this time to created Buskers Week.  Another Seattle first!

In 2005 Jim was invited to Taiwan for the first time, and again that next year.  In 2007 Jim was included in an all-star cast of the “50 most Influential Musicians In Seattle History,” a position shared with Jimi Hendrix and Nirvana.

He has received awards from Artist Trust and Jack Straw Productions.  His music has been included on many compilations, including the Grammy Nominated “Best Of Broadside.”

As of this writing Jim continues to write and to perform and to experiment with form and ensemble, and his songs continue to be pertinent and expressive of our times.
To quote the late Utah Phillips:
“Jim Page’s songs get right to the point. He looks at the world clearly and reports what he sees with compassion, humor and a biting sense of irony. And boy! Can he sing and play. If you’re ever going to get the message, this is the messenger to get it from.”

“Every now and again I encounter a singer who gives me a glimmer of hope. Jim Page carries the light.” - Christy Moore 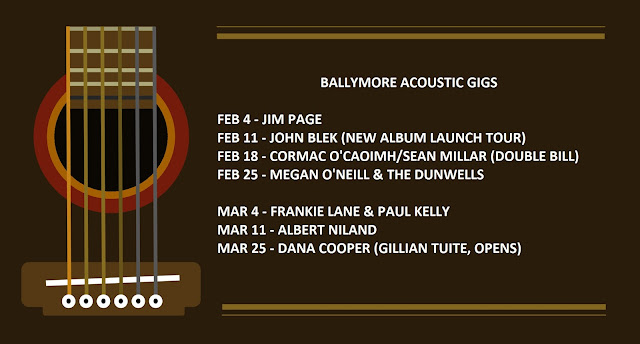 Mar 25 - Dana Cooper (USA) Gillian Tuite opens.
danacoopermusic.com/ Veteran touring songwriter, of whom fellow singer songwriter Buzz Holland says “Cooper is a person who can sing like an angel and play like the devil.”
At the other end of her career is Gillian Tuite - breakingtunes.com/gilliantuite