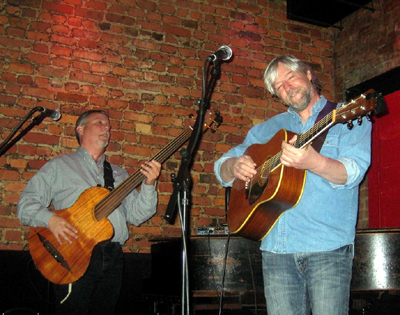 Buddy Mondlock and Mike Lindauer are almost as much 'favoured sons' of Ballymore Eustace as the locals themselves, as they have been coming and playing music in the village for 20 years. So it is always a personal pleasure to welcome them back for their (pretty much) annual visit ever since.

They return to play BAG at Mick Murphy's Bar, Ballymore Eustace, Co. Kildare on Monday May 21st. Doors open at 8:30pm. Admission is €12.

Buddy Mondlock is one of the finest songwriters of our generation, and if you've never seen or heard him before, I can tell you that he has written songs that you almost certainly do know, for his songs have been recorded by the likes of Janis Ian, Art Garfunkel, Guy Clark, Nanci Griffith, Garth Brooks, and others...
I can also tell you that once you've seen a Buddy and Mike show once, you'll want to keep coming back! Mike Lindauer is, without doubt, one of the finest Fretless Bass guitarists, and harmony vocalist you'll get to see live. He regularly tours with Al Stewart.

So come along; I can promise you a wonderful night of songs and music - but most of you already know that!

Video: 'Coming Down In The Rain' - https://www.youtube.com/watch?v=N6JAoOT0Z8w 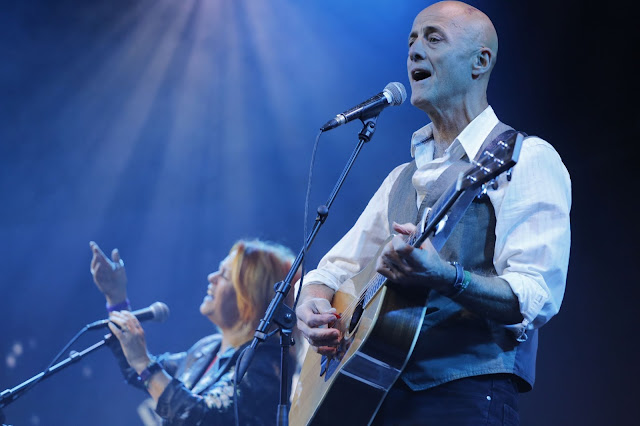 Video: Live at Union Chapel - 'Ghost', and 'Life In The Old Dog Yet' with Fairport Convention.
https://youtu.be/loTo9zzTQGg
Posted by BAG at 06:34 1 comment: