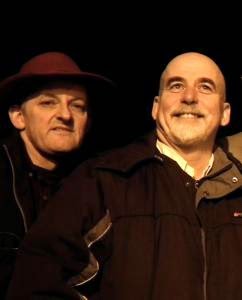 Frankie Lane (http://www.frankielane.com/index.html) and Paul Kelly have been making music together, on and off for more years than they probably care to remember.

The Lost Brothers - Mark McCausland (left in pic), and Oisin Leech - are delighted to announce tour dates for Ireland across October and November, including a headline show at Whelans, Dublin on 15th November in support of their new record, 'New Songs Of Dawn and Dust'.
I'm delighted to welcome back The Lost Brothers to play BAG at Mick Murphy's, Ballymore Eustace, Co. Kildare, on Monday, November 3rd. Doors open at 8:30pm; admission is €15 at the door.

'New Songs Of Dawn and Dust', is the start of something new for the Irish duo. Their previous release, 2012's The Passing Of The Night, was the closing chapter in a trilogy of records that started with their debut album 'Trails of the Lonely' in 2008.
The band describe musical influences that range from Ennio Morricone to Jack Nitzsche to Beck, from Chuck Berry to Harry Nilsson, from Sweeney's Men to Van Morrison, from Bob Dylan to Lou Reed and Nick Cave.
"This new album steps away from the strictly folk/americana thing and opens up a new door for us," says Oisin.
The first single from the album is Derridae, and you watch the video here: https://www.youtube.com/watch?v=DkU7SUKux9A
Posted by BAG at 09:10 No comments:

It's 1991. I'm 21, just out of college, with an ever-deepening interest in music, and, in particular, in singer/songwriters with a story to tell, a message to pass on.

I've just been to a Dublin record store to buy Billy Bragg's new release - 'Don't Try This At Home' - and we're driving home; I'm in the back seat listening to my purchase on my Sony Walkman cassette player. I'm reading the liner notes and lyrics while listening.

On comes track #3 - 'Everywhere'. It's tells the story of two American kids who grew up together in pre-WWII America. One kid is All-American; the other, Japanese American. America's entry into the war led to different experiences for both, though both lose their lives; the former dies in uniform, serving his country on some island, somewhere in The Phillipines; the latter dies by his own hand, broken by the racially motivated treatment he receives as a falsely suspected spy in his own country.

The song is a little different in style to Bragg's previous material, so I check the credits: he didn't write it; it's a cover written by someone I've never heard of. Great song, though, and I make a mental note to check out the writer, and carry on with my listening, to the echoes of the chorus: "Over here, over there; its the same everywhere - a boy cries out for his mother, before he dies for his home". Years go by, and I never do check him out.

This was all pre-internet, you understand, so researching new artists was more difficult than nowadays.

Now, fast forward to 2005. I'm now the sound guy for the regular Monday night gig in Ballymore Eustace - run, at the time, by my late, great friend, Larry Roddy. I'm awaiting the arrival of tonight's act; I haven't met, or worked with him before, but Larry assures me I'll like his stuff. His name is Greg Trooper. The name vaguely rings a bell, but I can't place it.
He arrives, we do the introductions, chat for while; I soundcheck him, and he goes off to eat. Later he plays a great show full of fine, fine songs. Nice guy; great songwriter.
We hit it off from the start; he compliments my efforts on sound, and he invites me to his Dublin show at the weekend, when he'll open for Sid Griffin's band ' The Long Ryders' in Whelan's of Wexford Street. I tell him I'll try to make it, but I'm unsure if I can.

That Saturday, I manage to make it to the gig, and we meet up just before Greg's set. He takes the stage and he's playing a blinder, when he starts into a song; I recognise the opening bars. And then, that first line: "Dig in boys for an extended stay; those were the final orders to come down today".

Holy smokes! That's 'Everywhere'; Greg is the guy that wrote it - that's where I know his name from: the name in the credits, all those years ago...

When his set is done, I tell Greg the story, and he delights in my little tale.

So, 2014, and I haven't seen Greg for a few years. But I'll be very happy to welcome him back to Ballymore Eustace - where I now run that gig - next Monday, October 20th.

Come on out, and meet this great singer/songwriter/human being. Greg's work has been covered by so many great singers, that maybe there's a song recorded by one of them that you've loved for half your life without ever having had the opportunity to connect with its writer. Monday night could be your chance. You never know...

Email ThisBlogThis!Share to TwitterShare to FacebookShare to Pinterest
Labels: Other Writings 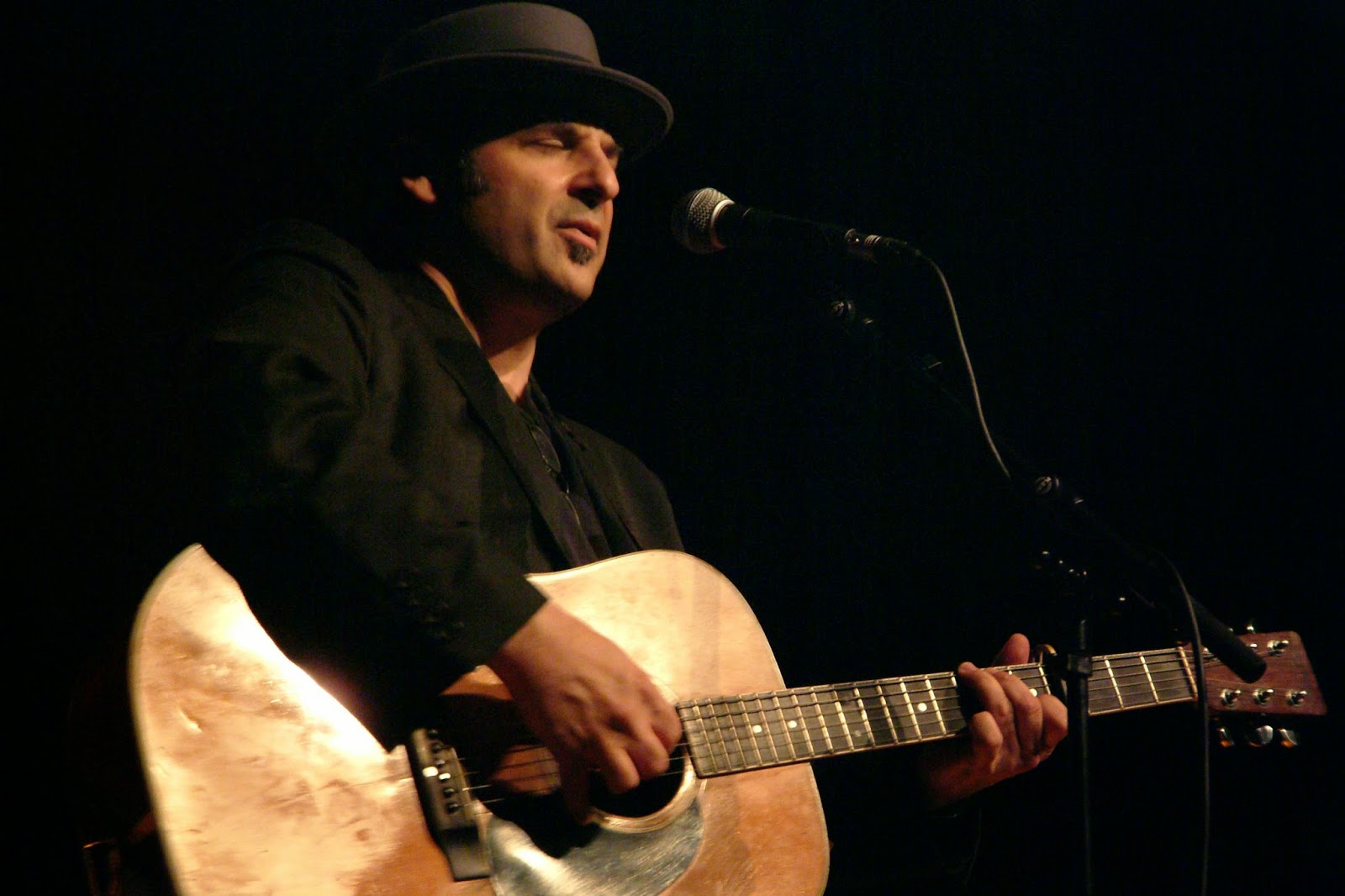 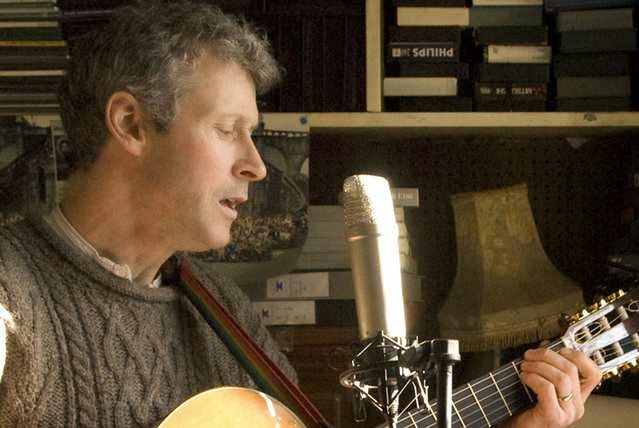 Ger Wolfe returns to Mick Murphy's in Ballymore Eustace, Co.Kildare, on Monday, October 13th. Doors open at 8:30pm. Admission is €12 at the door.
Ger Wolfe is one of the finest Irish singer/songwriters of his generation - and I don't say that lightly.
A master lyricist and poet, Ger Wolfe captures the beauty and joy in ordinary scenes of human existence, and transforms them into the remarkable; a gentle tenderness, and sense of wonder underpin Ger Wolfe's writing - evocative images abound, throughout.
A folk musician of considerable depth and breadth of ability, Ger Wolfe, LIVE, is a memorable experience; weaving a tapestry of his words and melodies, the listener is drawn into the weave, there to reside, wrapped in golden yarn, until gently cast off back into the night air at show's end.
It can change you; it can uplift you, and reaffirm your hope that there is beauty to be found out there.

You have been warned.....
Ger Wolfe official YouTube Channel: https://www.youtube.com/user/onceiwasawoolyhead
Posted by BAG at 08:21 No comments: