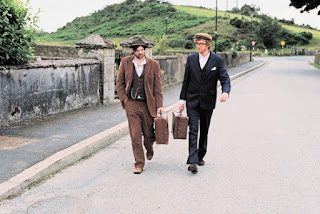 More recently, the Losties caught the ear of Raconteur, Brendan Benson, who invited them to record their third album in his studio. The album is their best yet. It is called THE PASSING OF THE NIGHT and will be released on Brendan’s READYMADE RECORDS in the and on LOJINX RECORDS in the and  ,  under a blue moon in September.

Videos: http://www.youtube.com/user/lostbrothersband?feature=results_main
Posted by BAG at 08:20