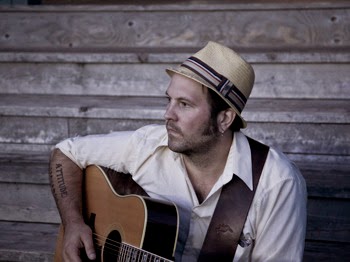 Dennis Ellsworth is a prolific songwriter. Lately he’s gotten into the rhythm of writing, recording and releasing an album a year. In between records, he travels around the planet singing songs characterized by a kind of dark optimism that’s informed by early influences such as Roy Orbison, Neil Diamond and Kris Kristofferson.
Ellsworth has toured Canada extensively, made inroads into the US and built a substantial following in the UK. In all, he’s released six records &mdash; all recorded live in a house or studio; two with his side project, Haunted Hearts, as well as Chesterfield Dweller of the Year (2009), the Strange Boat EP (2011), Dusk Dreams (2012) and his latest, Hazy Sunshine, in 2013 as a solo artist.
Hazy Sunshine is a seamless blend of modern East Coast folk and rock and roll with shades of classic Americana, roots and country haunting the edges; a set of songs that anyone who’s questioned their place in the world will find their own experiences reflected in.
Posted by BAG at 21:11