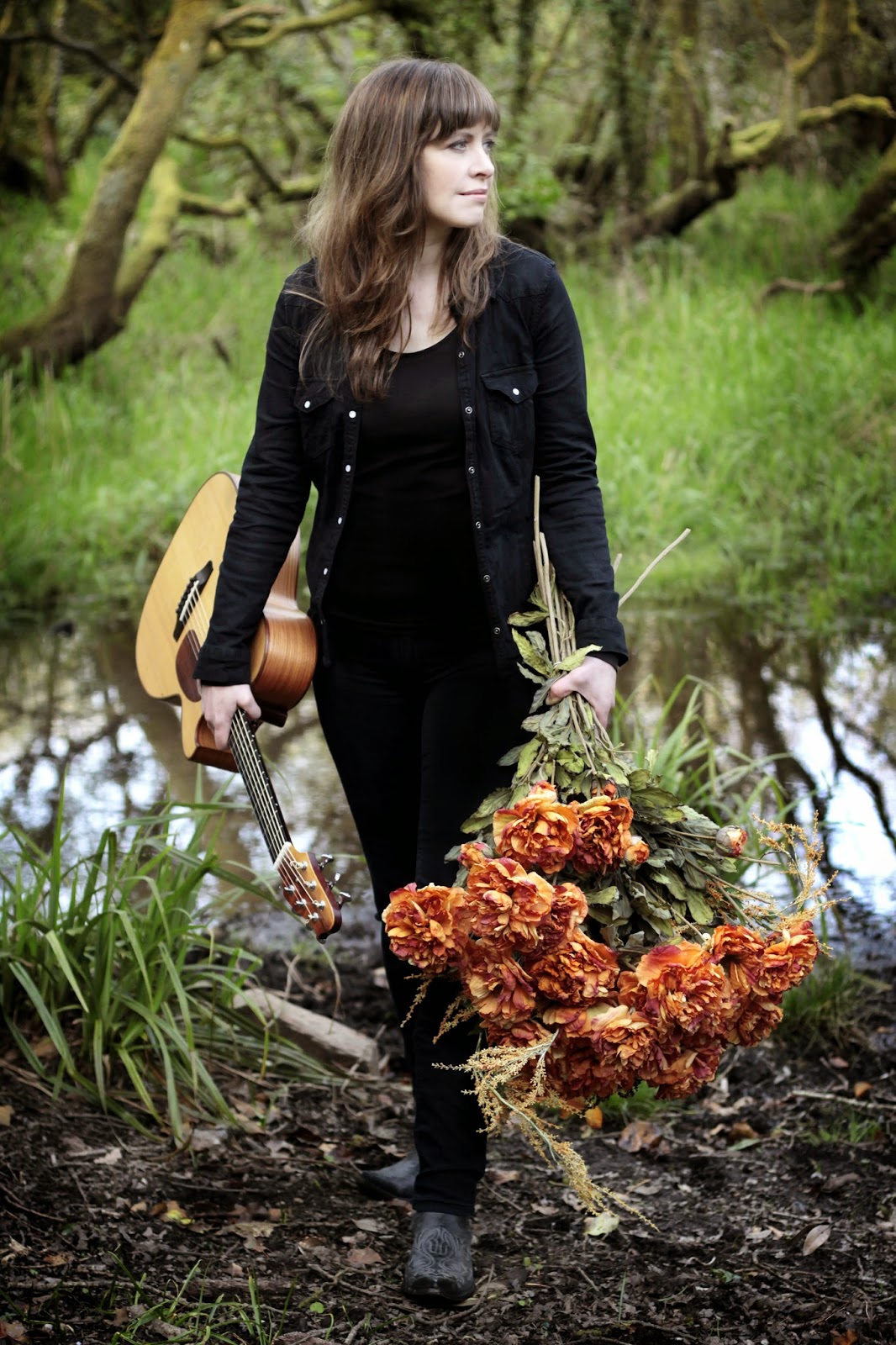 
Sarah McQuaid's voice has been likened to malt whiskey, melted chocolate and "honey poured into wine" (Minor 7th).
Her new album "Walking Into White"(2015) is her most honest and adventurous work to date, with a depth and texture of soundscape that are reflected in her beautifully crafted live shows.
A captivating performer, she seduces her audience with cheeky banter and stories from the road, as well as with stunning musicianship; in her hands, the guitar becomes much more than merely an accompanying instrument.

Born in Spain, raised in Chicago, and now living in rural England, Sarah refuses to be pigeonholed, segueing easily from one of her emotive originals into a 1930s Cuban Jazz number, a 16th Century lute piece, or an unexpected contemporary cover.
Her third solo album, 'The Plum Tree and The Rose'(2012) drew critical acclaim on both sides of the Atlantic - "Impeccable", wrote fRoots (UK), while Midwest Record (USA) called it "low key, but glorious and incendiary" and Hot Pres (Ireland) said it "should feature on many end-of-year best-ofs"