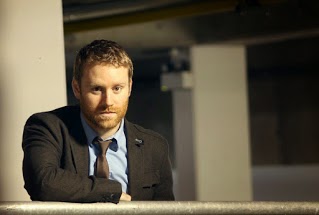 Touring in support of his fine new record, 'Revolution', (Title track video: https://www.youtube.com/watch?v=FgcTzGE3N_Y ) Fiach Moriarty is one of the finest young emerging Irish singer/songwriters around. Paul Brady says: 'Fiach Moriarty is one of Ireland's most talented singer-songwriters with a musical sophistication rare in the genre'. High praise, indeed, but so well deserved.

Since the release of his debut record, Fiach Moriarty has toiled and torn his way through countless venues in his home country of Ireland, as well as Europe, Australia and North America.

This heavy duty work ethic has paid off, garnering praise from from a host of musical heroes of his such as Paul Brady and Chris White of British invasion legends The Zombies and sharing the stage with Ray Davies of The Kinks and Fairground Attraction chanteuse Eddi Reader.

Fiach's second record, 'The Revolution' tackles subjects such as The 1916 Easter Rising, World
War 1 and Los San Patricios (the Irish brigade in the 19th century Mexican Army) and is set for release in April 2015.